A 23 year veteran of the Erie County Sheriff’s Office, gave his life in the line of duty on October 20, 1989, while serving a warrant at a Kraus Road home in the Town of Clarence. He was shot once in the chest around 1:29 p.m. Deputy Dillemuth died at 3:01 p.m. Deputy Dillemuth’s career ranged from the motorcycle patrol unit to undercover narcotics work.

A 15-year veteran of the Erie County Sheriff’s Office gave his life in the line of duty just before 2:00 p.m., August 13, 1987, at the front door of a Jennings Road home in the Town of North Collins. Deputy Insalaco was attempting to arrest a suspect on an outstanding felony criminal mischief warrant. Deputy Insalaco was shot at point-blank range with a .44 caliber pistol. Robert Insalaco was 43 years old at the time of his death.

A 19 year veteran of the Erie County Sheriff’s Office, gave his life in the line of duty on Sherman Road in the Town of North Collins, on November 5, 1977, at 1:59 p.m., while investigating a burglary-larceny case. He was shot in the abdomen through a closed bedroom door and was pronounced dead at an area hospital two and one-half hours later. Deputy Dils who reportedly was set to retire at the end of 1977 was a veteran of the United States Armed Forces having served in World War II between the years of 1943-1947.

A 46-year-old Guard at the Erie County Jail died on November 4, 1948, hours after being struck on the head and beaten with a broken mop handle during a jail escape involving five inmates. It was the second escape in less than five years at the Erie County Jail, prompting, then Sheriff Britt to move his own living quarters into the jail to enforce stricter discipline. The leader in the escape was the last to be captured. He was charged with First Degree Murder in the death of Jail Guard Joseph Wachowiak.

A 7-year veteran of the Erie County Sheriff’s Office was shot while participating in a raid at the Grimesville Inn in Lancaster on July 28, 1925, and died from his wounds on August 1, 1925, The inn was suspected of being the headquarters of a gang of burglars and highwaymen. Five deputies, including Deputy Kaesser, and two Buffalo Police Officers arrived at the Inn and were admitted by the proprietor. After allowing them inside, the proprietor retreated to his bedroom, shut the door, and began shooting, mortally wounding Deputy Kaesser and wounding a second deputy. Deputy Kaesser succumbed to his wounds three days later. The individual who shot him was arrested and charged with first-degree murder. 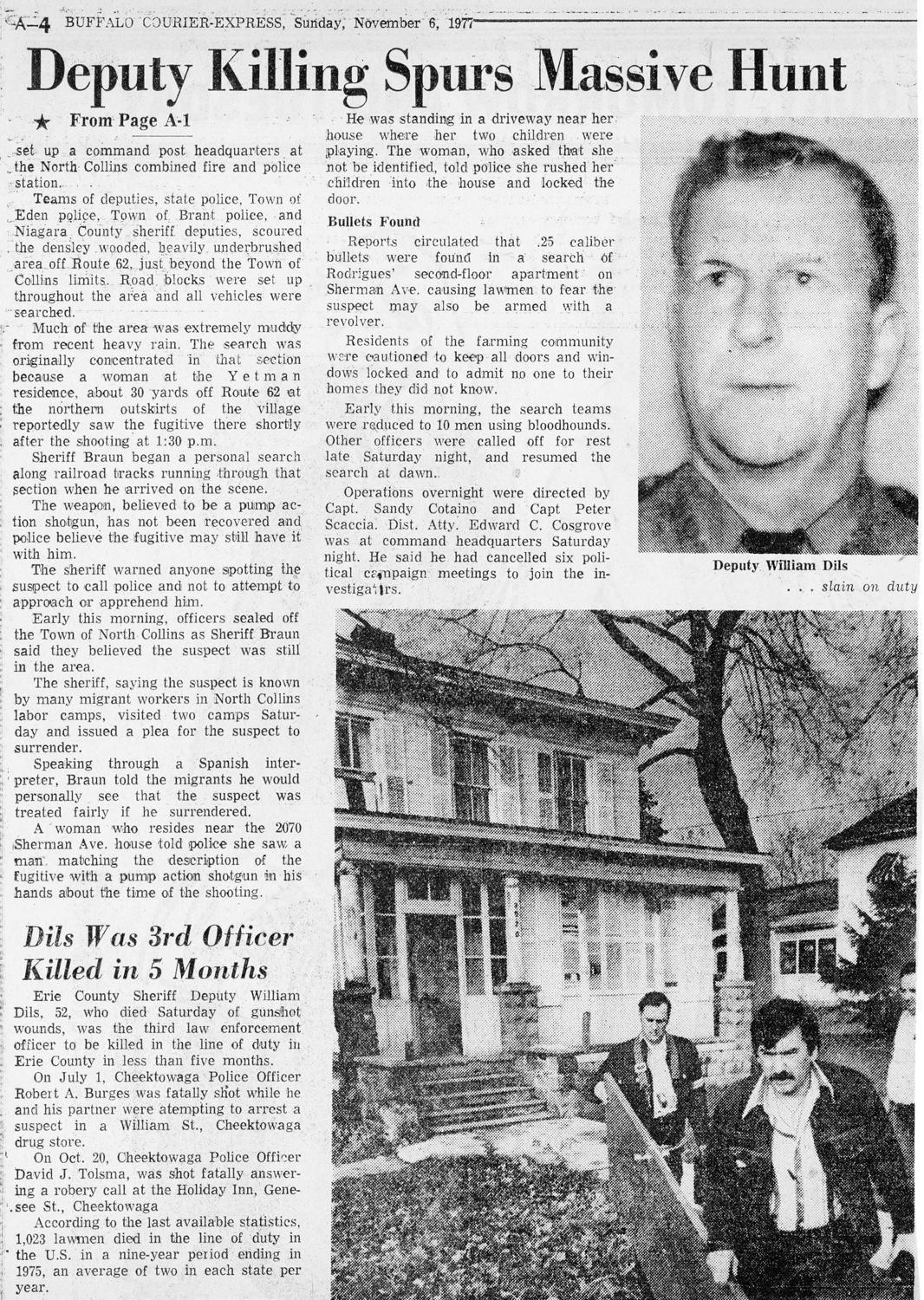 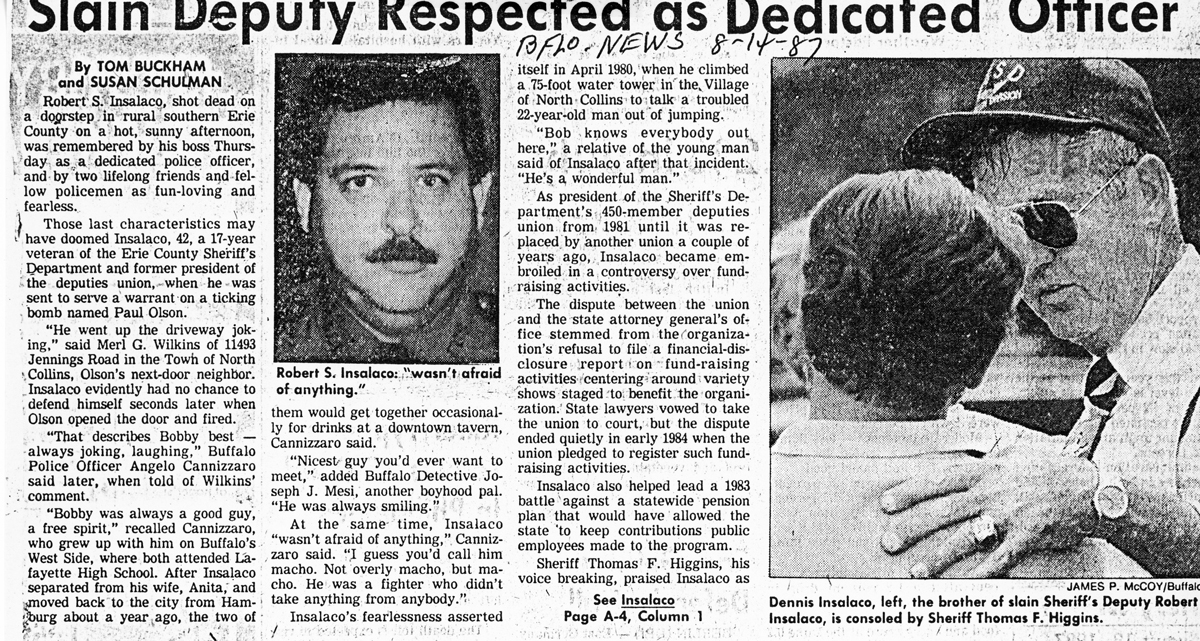